He is a man known for his excellence in creating a successful business that has enjoyed consistent growth and positive inﬂuence year after year. It’s no wonder that Rick Billings was recently recognized as ARIIX’s North American Salesperson of the Year for the Elite Annual Recognition Awards. We reached out to Rick and asked him to share a few of his “secrets.”

Q: You weren’t always in network marketing. What did you do before, and how did you make the transition?

A: Before starting a business in network marketing I was a professional photographer in Omaha, Nebraska with an extremely successful studio and 27 employees. In 1995 I became one of the ﬁrst digital portrait photographers in the world when I purchased a $30,000 camera from Kodak, originally made for NASA, and started doing portraits. I relocated to Orlando in 2002 where I continued portrait photography until 2006, when I was introduced to network marketing by a colleague at a BNI meeting. Because I have been self-employed since 1985, my experience with using marketing to build a successful business has been very ﬁrst-hand, giving me a skill set that allowed me to promote and build my MLM business right from the start.

Q: What strategies supported your success? 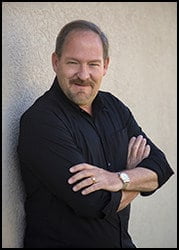 A: Be consistent in your actions to build your business every day. When you understand that many people are unhealthy and stressed out in their daily lives, and that 90 percent of people are open to earning additional income, your main task becomes a process of Greeting, Qualifying & Inviting them to look at something that will help them achieve their goal. ARIIX is the perfect vehicle to accomplish that!Remember, the person who talks to the most people wins.

Also, have a positive attitude and you’ll always attract the right people. Never be afraid to share the knowledge that you’ve learned no matter what level of business that you are at. Video has become my most powerful media in today’s world, so put yourself out there and you’ll be amazed at the results. People join people they like and trust, so be that person.

Lastly, always be open to learning because success leaves clues. So ﬁnd someone that has created the success you want and study or be mentored by them.

Q: We have to know, why ARIIX? 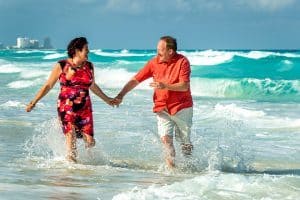 A: Number one is the integrity of the owners! When I think of Fred, Mark, Jeff, Riley, Deanna, Wenhan & Ian here are the words or phrases that come to mind…Intelligence, Knowledgeable, Caring, Fun, Brilliant, and Down to Earth! That’s what makes them so special.

I’ve been with ARIIX from Day One and it’s easy to see where the owners of ARIIX’s hearts are at from the consistent actions they take, to the amazing product brands they have developed, to the compensation plan they have created. Who creates a “Bill of Rights” for Representatives that gives them true protection in their business? ARIIX did! They truly understand that the ﬁeld is the life-blood of ARIIX’s business and they put all the Representatives ﬁrst!

It doesn’t take long for ARIIX to go from your head to your heart and when it does you can create the passive residual income that you’ve always dreamed of.