Inspiring video on persevering no matter how many times you have failed in life.

This video mentions well known people who had failed, but kept pressing on until they became successful. Those People are:

After being cut from his high school basketball team, he went home locked himself in his room and cried.

Was demoted from her job as a news anchor because she… “Wasn’t fit for television.”

At age 11 he was cut from his team after being diagnosed with a growth hormone deficiency… which made him smaller in stature than most kids his age.

At 30 years old he was left devastated and depressed after being unceremoniously removed from the company he started.

A High School dropout, whose personal struggles with drugs and poverty culminated in an unsuccessful suicide attempt…

A teacher told him he was… “Too stupid to learn anything” and that he should go into a field where he might succeed by virtue of his pleasant personality.

Rejected by Decca Recording studios, who said “we don’t like their sound”… “They have no future in show business”

His First Book Was Rejected By 27 Publishers.

His Fiancé Died, Failed In Business, Had A Nervous Breakdown And Was Defeated In 8 Elections. 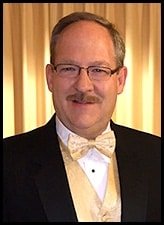