I'm Rick Billings and I lead an international Network Marketing business which helps entrepreneurs make 6 and 7 figures a year from their phone using trademarked systems unique only to our brands providing busy people the confidence of scaling a business online in a crowded social media world.

Rick Billings’ side hustle as a young man

It was 1970 in Omaha, Nebraska and at the age of 11, Rick’s father gave him his first professional camera. His father was a photographer in the United States Air Force, for 34 years. Those pre-teen years were very informative for the development of Rick’s career. His father taught him a lot about his craft, business, and life without his father ever realizing that.

As a side hustle, his first money-making ventures were taking photos of horses and returning with finished black and white 8×10’s to sell the same day. By the time he graduated from high school in 1978, he was photographing weddings and working for his second photography mentor, one of the top award-winning photographers in the Midwest, Les Hassel.

One day a West Omaha photographer asked Rick if he would be interested in buying his studio. Rick was 24 at the time and this guy had one of the top 3 successful studios in Omaha. Just recently married, Rick and his wife April decided to buy this beautiful home photography studio in Omaha. It took him months to put it together and after convincing a banker, Rick went into debt of $267,000, in October 1985.

It was 1985, and one of the hardest business decisions to date that Rick has to make. As he had been working for his mentor, Les Hassel,  for 7-years and they had become the best of friends. His kids were Rick’s age and so Les was like a second father to him. But he had to leave and start his own business. Rick and April Billings' business as a married couple

In 1989, Rick get a knock on the door, expecting a client, he was surprised by a gentleman from the State of Nebraska wanting to purchase his home including his studio. Father Flanagan’s Boys Town was across the street and the property was an easy target for the land they needed. To make a long story short, Rick acquired an acre of land 50 feet behind the old studio in the condemnation. Rick had the property rezoned commercial and as the result, the price of the land quadrupled. He used that for a down payment and borrowed $500,000 to build an 8,000-square-foot state-of-the-art photography studio on the corner of 132nd & West Dodge Road in Omaha. Rick Billings at the peak of his Photography Career

Later in the summer of 1995, after a year of studying the latest digital photography technology, Rick started the transition of his professional portrait studio into the new world of digital technology. Little did he know at the time that he would be a pioneer and be one of the first photographers in the country to use digital capture technology in their portrait photography business. It started when Kodak developed a camera for NASA with a CCD (charged couple device) that in my opinion met the quality of the film. The biggest hurdle was the cost, at $29,950 for just the camera body with the CCD. But he had a vision and his peers thought he was crazy.

After gaining the interest of Kodak, he started lecturing on digital photography and spent the next 8 years traveling to over 40 States sharing what he’d learned to help others. He coached people on how to successfully transition their film studio into the age of digital technology. From 1995 to 2003, Rick was a member of a select group of professional photographers who serve on Kodak’s Digital Professional Photography Mentor Team.

In May, of 1997 Rick opened the first digital training center in the United States called “getDigital Training Center".

One of Rick’s top three goals in business was, to develop a business that could continue without him. He achieved that in March 1998, when he merged his business with a Pittsburgh-based company called PhotoWave. Rick relocated his family to Pittsburgh in June of that year and remotely operated the studio until April of 2003 when they finally decided to the studio to Tim & Jinnie McCormick and he is proud to say Billings Photography in Omaha is still experiencing great success today.

So, it was 1999, and Rick and April decided to launch a sports photography business online. Youth sports was a growing market at the time and they wanted to offer action photos along with the traditional team and individual photos that were taken every year. At the time they built and launched ASPN.com (American Sports Photo Network). With 5 million dollars invested as partners in April of 2000, there was a dot com crash. Thus, their path to an IPO was halted and they began to reorganize the business infrastructure.

Rick’s highly regarded position in the field of digital photography was evident in the fall of 2000 at the United Nations Millennium Summit. Rick was asked by Kodak to digitally photograph 189 heads of state of UN member countries including President Bill Clinton and Prime Minister Tony Blair. A digital image was transmitted electronically minutes later to news organizations throughout the world. The group photo appeared in full color on the front page of the New York Times the next morning. The 189 Heads of State at the United Nation in September 2000. Digital Photographer: Rick Billings

In Rick’s photography business for over 30 years, he traded his time for dollars, working 12 hours a day. He made a nice six-figure income but he realized that he was always working. That got old! Then a couple of years after his merger with PhotoWave, his world started to change financially. He knew he needed to make a change, so as a visionary he soon began looking for a business that would give him the ability to build it as large as he wanted, help others, and achieve financial freedom in a shorter period of time than he had in the past.

Being online since 1994, he loved the power of the Internet, so he knew that it had to be a major component. He has been using WordPress since 2006 and has mastered it very well. Today, he’s a Professional Network Marketer, helping people build multiple streams of residual income and achieve financial freedom. The freedom to be with your family and do the things you want to do, when you want to do them.

April & Rick won the Premier #1 Salesperson Award in his network marketing company in North America in 2017. So their company gave them an all-expenses-paid 9-day cruise through the Caribbean with many other top successful leaders. They took their 3 boys with them and had the best times of their lives. For Rick, this is what hard work as a Network Marketer is all about. Rick and his wife April were married in 1984 and celebrated our Wedding Anniversary in Cancun in April 2016. They won a company trip and everything at this 5-star resort was paid for by the Network Marketing company. Rick Billings Won Salesperson of the year in 2017 Rick Billings received the award at a conversation 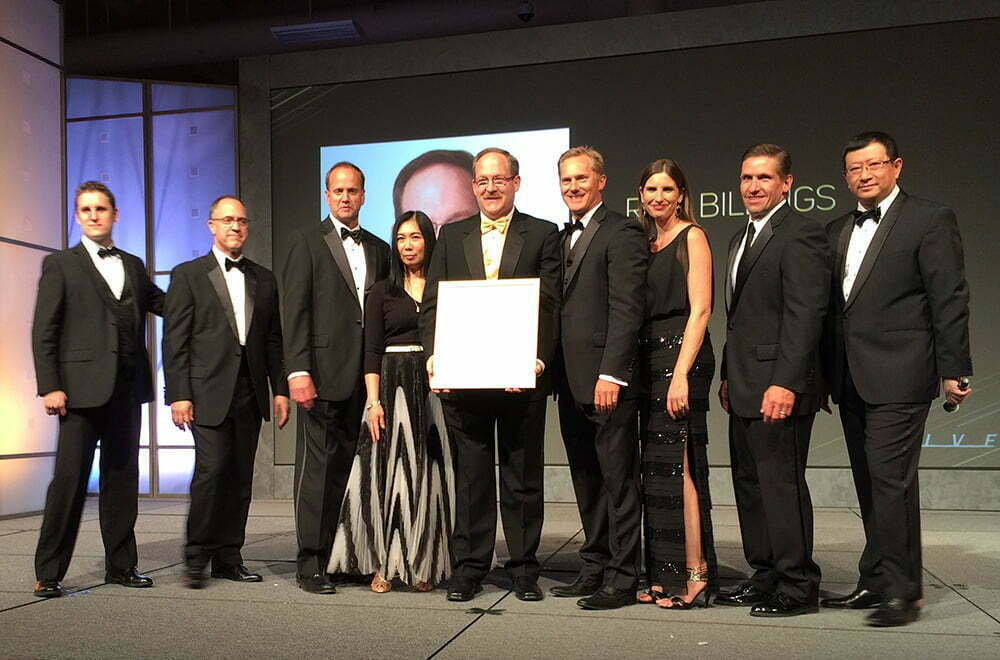 It's just a matter of action, Rick learned what is network marketing first, then understand how he can make Residual Income through network marketing and jumped into it, and start his journey with it. Now, Rick is enjoying his time with his family, traveling the world, and buying all the things he ever wanted.