The 5 Worst Traffic Mistakes and How to Avoid Them

Imagine piloting a Boeing 737 down a runway, throttle maxed out…

…only to see another jet barreling towards the same runway intersection, timed to meet in a perfect disaster?

Well, that’s exactly what happened on a June evening at Boston’s Logan airport.

Only the quick thinking of the first officer saved the lives of the 381 people on board both planes, which nearly collided on the runway.
One plane reached liftoff speed and couldn’t abort…

But the other pilots were able to keep their plane on the ground, which passed just 70 feet under the other plane as it lifted off the tarmac.

As it turned out, the whole problem was a traffic mistake caused by busy and distracted air traffic controllers.

With a terminal between their lines of sight, neither plane could see the other as they moved forward in an X-shaped pattern, until it was almost too late.

And you know what?

Such traffic mistakes can be nearly as catastrophic for your business, too.

You might be humming along, doing your thing, with no idea how close you are to a disaster that could completely cripple your business, waste your advertising budget, and ultimately crush your entrepreneurial dreams.

Don’t get caught off guard! 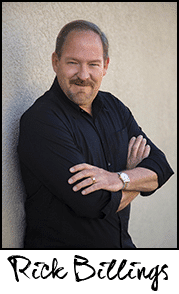 How to build loyalty in network marketing team?

How to build loyalty in network marketing team?

How Network Marketing works and its Characteristics?

How Network Marketing works and its Characteristics?