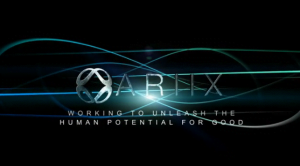 Another reason why ARIIX is one of the best network marketing companies to be involved in is because of its solid leadership formed by the most sought-after experts in the world in their respective fields.

ARIIX is made up of founding officers led by Dr. Fred Cooper as Chief Executive Officer together with Mark Wilson being the President, Deanna Latson being the Chief Product Officer, Riley Timmer being the Chief Operatin Officer, and Jeff Yates being the Chief Financial Officer. It has five Vice Presidents known as Alfonso Todd the VP of Latin American markets, Robert Green the VP of Customer Service, Wenhan Zhang the VP of Information Technology, Ian Chandler the VP of Business Development in the Asia Pacific region, and Fenton Su the GM of Taiwan. Its directors are Phil Cooper the Purchasing Manager, Oli Blanton the Web Developer, Curtis Johns the Director of Operations, Elizabeth Dawes the Director of Appreciation, Marshyl Cloward the Sales Support Director, and Matt Wingle the IT Director. 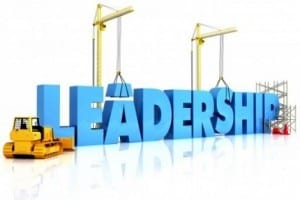 It also has international directors by the name of Maki Lerwill the international project manager of Japan and Kellee Ye the international project manager of China, Hong Kong, and Taiwan. ARIIX also has a great customer service support group by the names of Jessica Hsieh being the customer support for Taiwan and USA, Ashley Whitesides solely for the USA, and Andrew Uribe for China, Latin America, and USA.Besides the corporate staff, ARIIX is never complete without the big influencers such as Wally Joyner being the member of the Athletic Council, Robert Allen being the Chief Mindset Director, Tim Sales being the Field Leader, Shoogaku Matsunaga being the Japanese Influencer, and Werner Berger being also the member of the Athletic Council. I am assuming a lot of these names are very familiar to you. ARIIX also has a very influential team of scientific experts known as Dr. Ray Strand being the Chief Medical Director, Marlisa Hurt PhD and Dr. Ireneo Marvin Pantangco III both being the Scientific Advisors.

Finally the last reason why you should really join ARIIX is because of the key leaders and international leaders that believe in its potential. Leaders such as the legendary Lynn Allen Johnson, Jerry Botto, Duke and Sheila Tubtim, Tony and Marsha Hughes, Steve and Myrna Swartz, Victor and Alexis Fan, Iris and Solomon Lam, Juan Carlos and Rodrigo Garduo, Alex Von Griesheim and Luz Evangelista, John Lucardie and Rosa Rodriguez, and finally Hiroyuki Ochi. These leaders are independent business owners of ARIIX and are the kind of people who never get their selves affiliated with a mediocre company. If you are familiar with these big names in the network marketing industry then you can clearly say that ARIIX is indeed no ordinary company for it has managed to attract unordinary people with big reputations.

Don’t worry I understand that not all of these names ring a bell to you that is why in the next article we will be going to give a brief but concise background about each one so that you will have an idea why these people are a big part of the greatness of ARIIX.