Why Join ARIIX: The Founding Officers [1 of 2]

Fred is one of the leading experts in the world when it comes to managing direct selling companies. He is very witty with a knack for fun and humor mixed with a very energetic personality and passion for helping people like you and me. Before ARIIX, Fred has spent his expertise at USANA Health Sciences during the last 13 years and proved his expertise by his rapid rise through the corporate ladder from VP of Information Technology to Company President. He is one of the people responsible for the great success of USANA Health Sciences. Besides USANA, Fred has also helped in founding iCentris Inc. after he recognized a need for better software in the industry of direct selling. With the help of his expertise, iCentris became one of the current leaders in direct selling software having other big direct selling companies as their clients.

The leadership of the founding officers of ARIIX are another reason why you should really join this network marketing company! 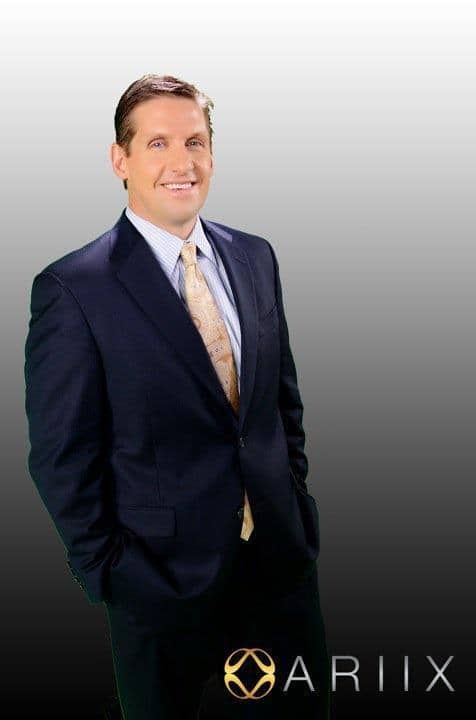 On top of that, Fred also took ownership of BioLab Inc. whose clinical trials have shown intense effects in the reversing of the damage done by degenerative diseases. Being extremely intelligent, Fred was generous enough to share his expertise by teaching as a business professor in the University of Utah. He was also an original founder of the Center for Entrepreneurship in the same school.

Mark always had the mindset of an entrepreneur since he started his first business back when he was merely 20 years old. He believes that business is way better than being employed for it gave him more freedom and possibility of greater success. He has had over 20 years of experience already in the direct selling industry and has always loved network marketing.

He has used his expertise to generate millions of dollars in increased business during his term at two separate companies and have learned how important it is to forge a strong bond between management and independent business owners just like what ARIIX is now doing. His in-depth knowledge of direct sales comes from extensive travels around the world becoming a connection between top field leaders and management. For him, trust can never be forced and that the entrepreneurs and their happiness and success are what makes a business survive.

Deanna being CPO and at the same time co-founder of ARIIX has always been involved in the health and wellness industry since 1996. She has been a writer, consultant, spokesperson, and guest lecturer for some of the biggest colleges, corporations, and universities in the whole world! Her clients include Pepsi, AT&T, and the American Heart Association just to name a few. She has been a very well-known and sought-after speaker of health and wellness for over 7 years now and serves as the master communicator and liaison between the field and the ARIIX scientific advisory board.

Deanna holds a Bachelor’s degree in communication studies with special emphasis on organizational communication and a Master’s degree in communication studies with special emphasis on health communications. She has also received her Clinical Nutritionist degree from the Natural Healing Institute and always had the passion for natural health and wellness research. Her passion for nutrition was triggered when both her parent’s got ill with life-threatening diseases and when she herself battled with an eating disorder for 11 years! Deanna is living proof that it is indeed possible to completely transform one’s own life through proper education and nutrition and most looks forward to bringing some of the greatest minds in medicine on board the ARIIX team. She is a dedicated and passionate health and wellness advocate and is sure to become a very valuable asset of the company.