Why Join ARIIX: The Founding Officers [2 of 2] 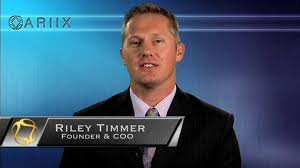 Riley as Chief Operating Officer of ARIIX believes that if you really want to improve your life and achieve greatness it does not take more than a little boost. He currently holds a degree in economics from the University of Utah and has worked in many leadership roles for the last decade.

The leadership of the founding officers of ARIIX are another reason why you should really join this network marketing company!

To make sure that ARIIX will become a valued resource to people who are in search of taking their health to the next level, Riley blends a decade of corporate financial leadership experience with a global vision. As he leads in the international expansion of ARIIX he works with different people from different companies around the world in which he finds great satisfaction.

This officer and ARIIX co-founder believes that hard work and dedication are essential values to achieve great success. Through these principles, Riley is able to maintain unmatched quality in all of the company operations while at the same time making sure that the reps and customers know that they are the valued foundation essential to the great success ARIIX has achieved so far. Riley loves to do what he loves best and that is to enrich other people’s lives. 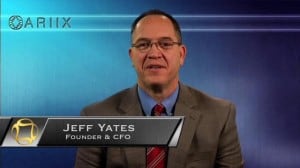 Jeff is a CPA and holds a bachelor’s degree and a Master of Accountancy from one of the highest ranked accounting schools in the whole world known as Brigham Young University. He is very good with numbers and analysis and has had 24 years of financial and accounting leadership experience and is the one mainly responsible for the all of ARIIX’s accounting, tax, financial reports, treasury, human resources, and investor relations. Jeff brings a wide range of experiences and leadership to ARIIX which he all gained from owning his very own company and from serving in private and public companies. His very own company is a sporting goods company with several retail stores throughout Utah. His public company in which he worked for several years was the public accounting firm of PriceWaterhouse which had many premier clients throughout the United States. His private company was the Franklin Covey Stores in Salt Lake City, Utah with accountability for 185 stores not only in the US but in Canada and Mexico as well.

Not only that, Jeff also became the Executive Vice President and Chief Financial Officer of Deseret Book and later served as CFO of USANA Health Sciences managing the company’s global financial performance! With all these leadership and accounting experience Jeff has already gained from different companies around the world it is without a doubt that he will become a very valuable asset in the financial performance and greater success of ARIIX.