Why YOU Should Really Join ARIIX: Bill of Rights 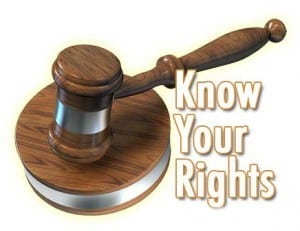 If anybody will ask you why you should really choose to join ARIIX above all the other network marketing businesses out there, there can be many reasons and one of which is the existence of the ARIIX Bill of Rights. As mentioned earlier, the ARIIX Bill of Rights gives you all the rights to own your independent ARIIX network marketing business completely. The company does not have the right to terminate you anytime it wishes because you are protected by its own set of rights. You can feel secure investing in ARIIX because it promises to invest with you because you are its main asset. Unlike other companies that terminate their top distributors for their own selfish gains, ARIIX defines success by its contribution to the quality of life lived by its reps and clients and not its own self! ARIIX believes that each of us exist to unleash the human potential for good that is why it created the ARIIX Bill of Rights. It is a set of rights that make anyone involved in ARIIX to become just like the owner and not just a mere distributor or top income earner. This is one of the main reasons that make ARIIX unique from the rest because it emphasizes and focuses on YOU instead of THEM!

Now if you will be asking why ARIIX is doing this the answer is simple and that is because of the fact that the company recognizes that YOU are its greatest asset and it wants to honor your hard work and efforts as an entrepreneur in the ARIIX community. As you become a member of the ARIIX family, you are entitled to and covered by the same rights, equally. It does not matter what level or rank you have achieved so far because you will receive the same consideration and rights as every other team member as long as you are with ARIIX.

ARIIX guarantees anyone who becomes part of the family the rights and privileges of operating your own residual-based business through one of the most innovative opportunities available to any entrepreneur in the world. To give you an idea of what the ARIIX Bill of Rights is all about here are all the 11 rights discussed one by one. 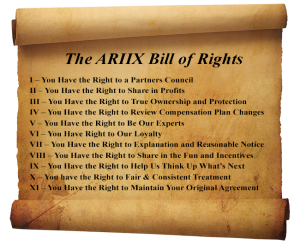 (1) To represent your fellow Reps and make suggestions or recommendations directly to top executives. You are pretty much like one of the big owners of the company instead of just being a distributor or a downline.

(2) To have a share of profits because you will be handsomely rewarded as you help in building the ARIIX legacy.

(3) To genuine protection and ownership so that if ever problems occur, you will be able to reach resolution as quickly as possible.

(4) To take a look at and review changes made in the compensation plan. Most if not all network marketing businesses do not allow this but ARIIX begs to differ. It will make sure that you will always get updated to whatever changes made into the great ARIIX Actv8 Compensation Plan.

(5) To submit ideas to management for consideration meaning your opinions are highly encouraged because the company believes that YOU are the experts.

(6) To the company’s loyalty. This one is pretty much self explanatory.

(7) To ask for explanations or request an audience with company management if ever you need one.

(8) To Share in the Fun and Incentives – ARIIX Reps have the right to use, enjoy and recommend useful business tools to other ARIIX Reps. 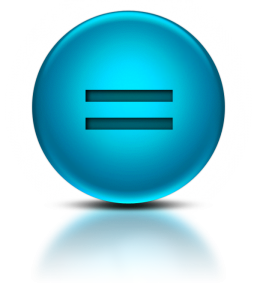 (9) To help in thinking of the next big thing or innovations since the company believes that you are the expert and that two heads are always better than one.

(10) To consistent and fair treatment regardless of your team, title, rank, market, etc.

(11) To finally maintain your original agreement and the company commits to stick to the contract unless otherwise required by law or the protection of all ARIIX Reps.

Get a chance to be part of the ARIIX family!

That sums everything up for the ARIIX Bill of Rights and believe me these rights will make you a powerful distributor! Sky is the limit to what you can do…