ARIIX Opens Japan and Taiwan Through Acquisition of Trivani Teams

ARIIX announces the joining of Trivani with ARIIX Global, which allows ARIIX into the Japan and Taiwan markets much earlier than expected.

ARIIX today announced the joining of Trivani with ARIIX Global. The acquisition allows ARIIX Representatives to bring the Activ8 Compensation Plan, A unique Multiline Plan, to Japan and Taiwan much earlier than expected. This now allows Trivani Distributors and ARIIX Representatives to expand their seamless business opportunity in 6 Countries immediately, with 2 more anticipated by the end of the year. 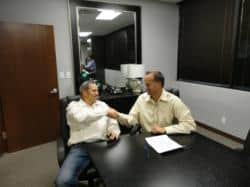 “We are so excited about adding the Trivani Family to ARIIX,” said Mark Wilson, President of ARIIX. “We are thrilled to add their innovative products to our own, and get to know such a vast group of 70,000 Distributors who have been affiliated with that organization over the past five years. Those who are active with Trivani we welcome you, those who have left, we invite you back to this new opportunity.”

“Trivani’s ‘Do No Harm’ philosophy, experience in producing quality products, and their state of the art manufacturing, make for a great partnership for ARIIX,” added Deanna Latson, Chief Product Officer for ARIIX. “With a campaign such as ours added to ARIIX’s desire to unleash the human potential for good, we can spread a message of health on a larger scale than we could on our own,” said Dee Mower, Founder of Trivani.

“Bringing the Trivani Representatives into the ARIIX family is an exciting opportunity for all involved, which only adds to the wonderful growth we are experiencing during our pre-launch phase at ARIIX. Our commitment to our Representatives and their success in the core areas of Panoptic Health, Financial Independence, Personal Development, and Charity we know will help all Trivani Business Owners to build their businesses on a larger scale than ever before,” said CEO Dr. Fred Cooper.

“Anytime you have an opportunity to bring together like minded individuals in a collaborative effort, you accelerate your results and open a new world of possibilities. We are excited about making so many new friends and partners so quickly,” said Bob Steed CEO of Trivani.

Orientation and acquaintances for the Trivani Distributors will begin immediately. Currently ARIIX Executives have trips planned throughout Taiwan and Japan to make the transition as seamless as possible for both customers and Distributors alike. “We anticipate Trivani Business Owners will only notice a name change, a new website, new resources, and an increase in their weekly, rather than monthly, commissions,” said COO Riley Timmer, “These new markets hold incredible potential for the future of ARIIX’s global expansion. We never expected to be opening so quickly in these wonderful markets, and to have such solid leadership in the field makes the potential for rapid success even more a reality.”

ARIIX is a premier healthy lifestyle company that is using the latest research in nutritional science to create their leading-edge nutritional products that Entrepreneurs have chosen to distribute via the direct selling system. The company was born from the shared vision of leaders in business and nutritional science, who wanted to create a unique company based on the “golden rule” of helping others to unleash their potential for good. ARIIX stands out with their blend of global vision, outstanding industry experience and leadership, unparalleled quality nutritional supplements and the philosophy that when one person thrives, the whole community benefits. ARIIX currently operates in the United States, Canada, China, Hong Kong, Japan, and Taiwan. ARIIX expects to open Thailand by the end of the year, and Mexico in the first quarter of 2012.