To achieve great success in this world we live in, attitude is everything. No matter how good you are if you do not develop the right kind of attitudes or habits then your success such as financial freedom would never last very long. 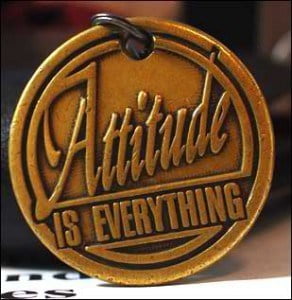 Attitude is everything especially when it comes to financial freedom

The best way to attain financial freedom has been discovered

Have you ever wondered why there are a lot of lotto winners who made hundreds of millions of dollars as a result of winning the jackpot prize but after 1 or 2 years later ended up being broke? And why there are also individuals who came from a very poor background who almost had nothing but suddenly became one of the richest people in their time and in their place? This is what we refer to as rags-to-riches success stories telling how simple people living very ordinary lives turned out to be the best in their field achieving the financial freedom everyone always wanted.

It is sometimes confusing and even mind baffling of how people who used to have all the money in the world lost everything and how people who had nothing gained everything! When you technically think about it, people who have a lot of money seems like it is very impossible for them to bankrupt but how come there are already a lot of instances wherein they indeed really got bankrupt and lost everything. Based on our diligent researches and after hours of analysis we finally came into conclusion that the difference between the individuals who achieved true financial freedom from the ones who temporarily did was plain attitude and habits. It is not really about how much money you have or how much money you make, to truly acquire real financial freedom starts with your attitude and habits within yourself. The good news about this is that everyone is given the chance to develop these good attitudes and habits to become rich thus every human being in the world has the chance of attaining financial freedom. Nobody is born with it but you have to work smart and work hard in order to develop it.

Some of the habits that you can greatly utilize for overall success and financial freedom would be becoming organized, energetic, hard working, street smart, goal oriented, determined, persistent, self-motivated, cooperative, resourceful, outgoing, creative, innovative, and many more.

These are just some of the few habits of highly effective and successful individuals which is why they still attained all the success they could ever have including financial freedom despite of having no capital or no money to start out with. They succeeded and attained long term financial freedom because they developed the right attitudes and applied it every step of the way.

Just take for example Abraham Lincoln who had the persistent attitude of never giving up despite of his many failures in life. His persistent attitude led him to become one of the greatest presidential figures not only in the United States of America but to the rest of the world as well. Another example was Thomas Edison who failed thousands of times before he finally discovered the light bulb, which we all benefit from and enjoy today. So if you are serious about financial freedom, then start by developing the right winning attitudes and habits.