The Ubiquinol Difference in the ARIIX Biopro Q 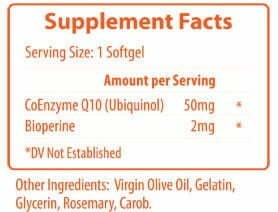 The Ubiquinol in the ARIIX Biopro Q is indeed a champion for your health and wellness since all these medications, irregular diets, stain drug usages, and natural aging can greatly reduce and strip our body’s natural Coenzyme Q10 levels away. That is why it is indeed very important for us to be able to absorb every single bit of Ubiquinol in the ARIIX Biopro Q as much as possible.

Why don’t you give the ARIIX Biopro Q a try? 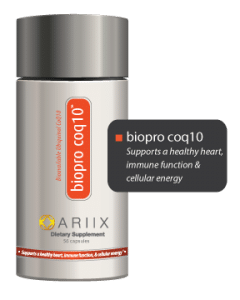 Anyways to sum things up and to make things easier for you to understand especially if you are not the scientific or know it all type of person, we will translate this foreign scientific language to English for you. Take it from here, inside of our bodies we still need to convert the regular Coenzyme Q10 called Ubiquinone into the higher Ubiquinol form in order for it to become usable in providing antioxidant protection and cellular energy and because of the fact that Ubiquinol is already on its higher usable form then this means that this is already pre converted to be used immediately because there is no longer any need for conversion from Ubiquinone to Ubiquinol because it is already in its better form! Are you getting this? This is the big difference of why Ubiquinol is so much better than the regular Coenzyme Q10 or Ubiquinone. We hope by now that you have already finally discovered the big difference between Ubiquinol and Ubiquinone besides the spelling.