Intro to the ARIIX Vinali 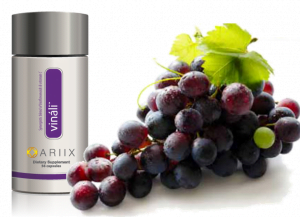 The ARIIX Vinali is also an incredible synergistic combination of Vitamin C, grape seed extract, and bioflavonoids that work together in promoting skin elasticity and protecting cellular health from harmful free radicals. The greatness and effectiveness of the ARIIX Vinali lies on its key ingredient known as the grape seed extract since this extract is known to be one of the most potent antioxidants that man has ever known. It is so potent that it is still very effective even in the absence of vitamins C and E although it can become even more powerful when synergistically combined. Together with the antioxidant effects of the grape seed extract found in the ARIIX Vinali, the bioflavonoids also found in the ARIIX Vinali further increase the potency of vitamin C by protecting and keeping it away from oxidative damage and stress.

Why don’t you give the ARIIX Vinali a try? 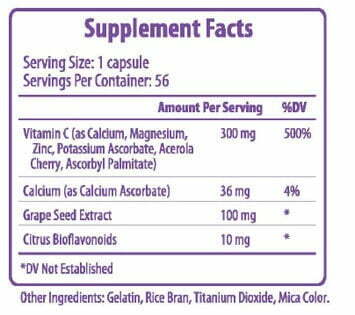 The ARIIX Vinali overall is an all time favorite by many due to its powerful ability to fight and destroy free radicals that cause oxidative damages but besides just being an antioxidant, there is also another reason why the ARIIX Vinali is loved by everyone and that is also because of its powerful support for the immune system.

Back in ancient times, grapes themselves has already been used by many for medicinal and nutritional purposes and believed to aid in the prevention and cure of various ailments from the minor to the most major forms of pains, burns, and cuts. Grapes are full of nutritional value but the grape seed extract is the one part that contains the highest nutrition, which is the reason why the ARIIX Vinali chose to make great use of the extract instead of just the fruit itself.