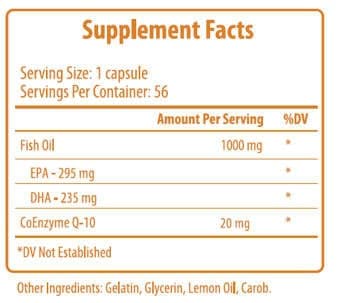 The ARIIX Omega Q is a powerful combination of the well known essential fatty acids and also the popular Coenzyme Q10 which are both very known to be the most effective when it comes to the initiation and sustaining of overall health starting right from the basic units of life in our bodies which we refer to as cells. The balanced combination in the ARIIX Omega Q supports overall well-being in short. To start with let us first discuss about the essential omega fatty acids.

Each and every single cell in the body needs the help and power of Coenzyme Q10 to create energy for the body to utilize. Besides the creation of energy, this Coenzyme Q10 in the ARIIX Omega Q is also vital for proper mental function because it helps safeguard the delicate brain cells while at the same time lowering cholesterol levels and protecting the heart. Although the Coenzyme Q10 is naturally produced inside the body, the production of this powerful substance decreases as we age throughout the years which is why we also need only the best and most powerful source to supplement our diet with optimal levels of this great dynamic duo both found only in the ARIIX Omega Q.